CBD And Memory - The Best CBD Products in the USA

CBD and Memory: How CBD Can Help

CBD for memory has become a new and trending search in the world of cannabis. Researchers and scientists alike are becoming increasingly curious to dive further into the potential benefits and help CBD may contribute to memory loss and focus.

We remember different types of memories for different lengths of time. Short-term memory? Those can last seconds to hours. Long-term memory? Those can last for years and years. A working memory? Well it means just that – this type of memory works to remember something through constant repetition. Remembering your boss’ new phone number – that’s working memory. As we recall memories, many parts of our brain talk rapidly to each other, piecing together new information with our previous experiences and memories.

When you think of cannabidiol (CBD), most don’t picture it being a helpful memory aid. Doesn’t cannabis make you more forgetful? Can it help my memory? What’s the difference between THC and CBD? Can they both help my memory?

In today’s article, we’ll be discussing how memory works and how CBD may be able to help!

So let’s get to it – working memory, engage!

Since the early 1940’s, scientists have suspected that memories are held within nerve cells, in groups of neurons. These interconnected cells fire together as a response to specific stimuli. The more of these neurons that fire together, the more the cells, interconnectedly, get stronger.

Neurologically, synaptic plasticity is the fundamental mechanism of learning and memory. Or as I like to put it, the more flexible and adaptable our synapses are to neuronal stimulation, the better we’re able to connect the dots (aka learn and retain information). 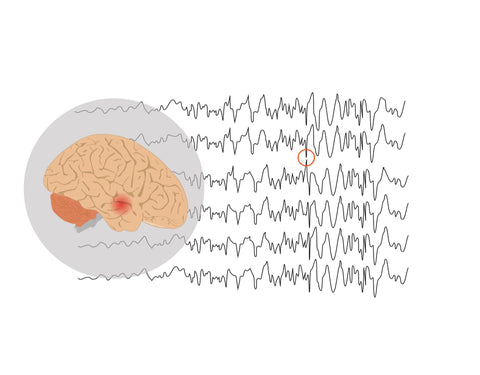 In a recent study performed on mice, synaptic plasticity was slightly altered by CBD treatment. The CBD-treated mice had increases in spine density in the lateral amygdala and hippocampus aspects of the brain.

This finding suggests that CBD alone might exert small effects on spine density.

In addition, a 2019 study found that 15 human subjects, taking daily oral administration of 200 mg of CBD for 10 weeks, had a greater total hippocampal volume and higher plasma CBD concentration.

These findings suggest that CBD may be a useful option in treatments for a range of clinical disorders characterized by hippocampal pathology.

Dementia is an overall term for diseases and conditions characterized by declines in memory, language, and thinking skills that affect a person’s ability to perform every task. Alzheimer’s disease, for instance, is the most common cause of dementia.

So what does the research tell us about Alzheimer’s and Dementia with cannabidiol?

Cannabidiol may have positive effects on memory, anxiety, and motor performance.

A 2018 study published in Cannabis and Cannabinoid Research targeted hippocampal subfield volumes with prolonged CBD treatment. Experts concluded that cannabinoids may be useful and therapeutic for a range of clinical disorders including Alzheimer’s disease.