CBD and Medications: Dos and Don'ts - The Best CBD Products in the USA

Cannabidiol (CBD) and Medication Interactions
Cannabidiol (CBD) is seemingly everywhere, with oils, tinctures, softgels, edibles, lotions, and creams available online, at national drugstore chains, dispensaries, and perhaps even at your local farmer’s market — even if you don’t live in a state where medical or recreational marijuana is necessarily legal.Products containing CBD seem to suggest promising relief from a wide range of maladies, ranging from insomnia to anxiety to seizures to mental calmness. While some of these claims have merit and evidence-based research to back them, others may only be in the beginning stages of anecdotal support. 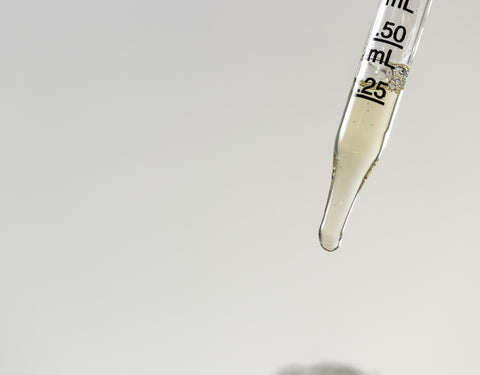 Nonetheless, it won’t hurt to try, right? Well, it depends. CBD is a biologically active compound, and as such, it may have unintended side effects or consequences. These include known side effects of CBD, but also unintended interactions with supplements, herbal products, and over-the-counter (OTC) and prescription medications.

So how do we know whether or not CBD will interact with our medications? Is there research to support this combination? In today’s article, we’ll touch on research studies investigating CBD and medication interactions as well as informative approaches to learn more about cannabidiol and medicine.

What is Cannabidiol (CBD)?CBD, the medical short term for cannabidiol, is a natural compound derived from the cannabis plant. The marijuana and hemp plants are two types of plants that fall under the cannabis umbrella and can contain compounds of CBD. Although the marijuana plant is well-known for its abundance of tetrahydrocannabinol (THC), an intoxicating cannabinoid known for making users feel “stoned” or “high”, CBD may be present in higher quantities in the hemp plant.

While CBD won’t necessarily get users high due to its non-psychotropic nature, it does interact with cannabinoid receptors in the human body and may exert effects that users desire. The “Entourage Effect” has been described in the medical literature as a combined effect of different cannabinoids found in cannabis that work in synchrony as a whole to produce a greater effect than if working independently or separately to produce separate effects. Thus, the entirety of the potential effects of cannabis may be greater than the effects of the parts. 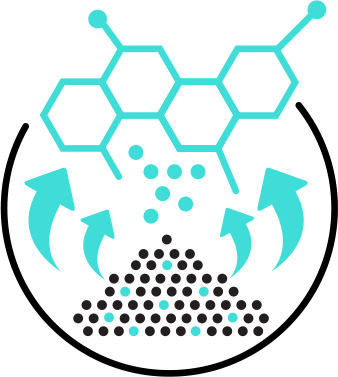 When numerous cannabinoids, compounds of the cannabis plant, are integrated, their medicinal effects may be altered or improved. The psychoactive properties and flavor capacities may too be affected, creating unique products with unique characteristics (or so, in theory).

Some scientists have suggested that this botanical synergy supports not only a dominant molecule, but also by other plant derivatives – cannabinoids, terpenes, and flavonoids – to achieve maximal pharmacological effect. 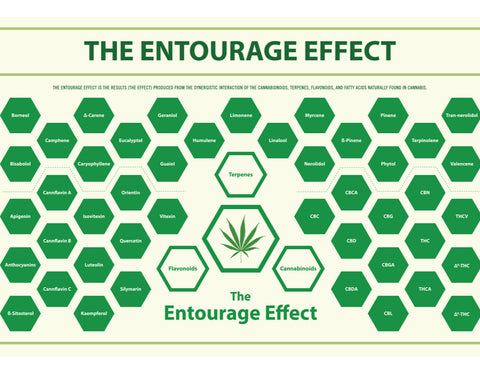 Does the Form or Type of CBD Matter?The form, type, or administration method of choice for CBD does matter, as different methods of use will be absorbed into your system at different rates.

For instance, inhaled CBD can infuse into the blood the fastest, reaching high concentrations within ~ 30 minutes or so. On the other hand, edibles require longer absorption time and are less likely to produce a high concentration peak, although they may eventually reach high enough levels to cause an issue or interact with other medications.

In addition, topical formulations, such as creams and lotions, may be absorbed in the bloodstream, in sufficient amounts, to interact with other medications. However, there is still very little information in regards to just how much CBD it takes to 1) exert an effect on users and 2) what method is more “supreme” over others.

Not to necessarily complicate things further, but, the fact that none of these products are regulated federally or checked for purity, concentration, or safety, raises major concerns for healthcare professionals, researchers, and scientists.

Can CBD Alter Effects of Other Drugs?

CBD has the potential to alter effects of other drugs.

Many drugs are broken down by enzymes in the liver, thus, CBD may compete for or interfere with these enzymes, leading to too much or not enough of the drug in the body, called altered concentration. This altered concentration, in turn, may lead to the medication not working, or  lead to an increased risk of side effects. Such drug interactions are usually hard to predict but can cause unpleasant and sometimes serious health concerns.

Researchers from Penn State College of Medicine evaluated existing information on five prescription CBD and delta-9-tetrahydrocannabinol (THC) cannabinoid medications: anti-nausea medications used during cancerous treatment (Marinol, Syndros, Cesamet); a medication used primarily for muscle spasms in Multiple Sclerosis (Sativex, which is not currently available in the US, but available in other countries); and an anti-seizure medication (Epidiolex).

What are Potential Drug Interactions with CBD and Medication?Although studies are continuously investigating potential interactions between CBD and medications, there is a golden rule of thumb that we like to share with our consumers: Avoid using CBD if your medications have a “grapefruit” warning on its label.

According to the Food and Drug Administration, consuming grapefruit while on one of these labeled grapefruit warning medications can lead to a higher concentration of the medication in the bloodstream and adverse side effects or even an overdose. 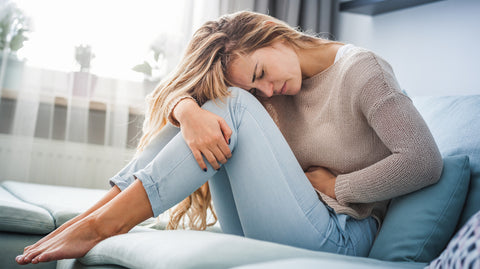 More than 85 drugs interact with grapefruit and some closely related citrus juices — like oranges, pomelos, and tangelos. This is due to a specific chemical in grapefruit known as furanocoumarins inhibiting CYP3A4.

“Grapefruit warnings” are common in several types of medications, but not all medications within a category will require the avoidance of grapefruit. Check your medication’s ingredients and warnings and or ask your doctor for further clarification information.

Potential serious drug interactions with CBD may include:

Do note, this is still a very poineered and uncharted area of research, especially since cannabidiol’s growth in popularity and usage is almost unattainable to keep up with in regards to research still being in its infancy.

Current Research on Medicine and CBD InteractionsScientists and researchers are working around the clock to determine the specific interactions between CBD and various medications.

Animal studies have been examined to investigate certain medications, but in many instances, scientists are still determining how these results can be translated to humans.

On an upward and onward note, some small clinical trials have been conducted. For example, in one 2015 study of 25 children with hard-to-treat epilepsy, 13 children were given both Clobazam and CBD. Researchers found elevated levels of the Clobazam in these children. They report that taking CBD and Clobazam together, however, was safe, but recommend monitoring medications levels during treatment. 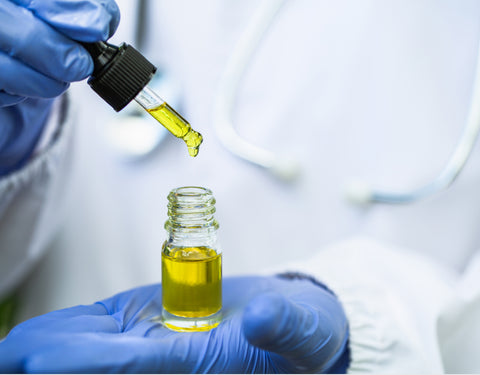 In another 2017 study, 39 adults and 42 children taking antiepileptic drugs (AEDs) were also given CBD in the form of Epidiolex. The CBD doses were continuously increased every 2 weeks.

Safety and Side Effects of CBD and MedicationIf you want to try cannabidiol (CBD) as an add-on therapy or holistic alternative to ease symptoms of a certain health concern or condition, we highly encourage consulting with your healthcare provider first.

They may be able to help determine a CBD product, dosage, frequency, and schedule that is personalized, safe, and potentially therapeutic with your current medication regime. For some situations, your doctor may want to monitor blood plasma levels of certain medications you take prior to and during your CBD usage.

Keep in mind that topical CBD, like lotions, creams, and salves, may also be an option. Unlike CBD oils and softgels topicals don’t typically enter the bloodstream, as they enter via the skin transdermally.

CBD and Medication Interactions: Final Thoughts: All in all, initial clinical studies are suggesting that CBD can interact with medication levels in your system, even if you’re taking your prescribed, regular dosage. Thus, more research is needed to determine the duration and severity of CBD interactions across different medications and supplements in order to develop recommendations for taking them along with CBD.

For more information about CBD Or to buy CBD Products go to cbdworldmall.com